Californial Gun Control - What More Can Be Done?

Fully support this. No one needs a 40 cal. twitter.com/TPSGunsSeized/…

Thank God... we are now all so much safer. 😱 twitter.com/TPSGunsSeized/…

What kind of person thinks, "You know what would be a fulfilling career... the IRS"

Is there another California I’m not aware of where this is even remotely true? twitter

Recently wrote an Op-Ed on firearm age restrictions and why they don’t work.

The original title before they changed it without telling me was:

No, You Cannot Strip Young Adults of Their Constitutional Rights Because We “Must Do Something” twitter.com/sdutopinion/st…

This morning, I was called and told that there was a shooting at my alma mater, the University of California, Los Angeles. According to current reports, it seems to have been a murder-suicide incident in one of the Engineering buildings on campus. I lived in Westwood while I attended UCLA and Loyola Law School.  With close friends placed on lockdown only a few buildings away from where the shooting occurred, this hits close to home.

Hours after the shooting first occurred, I received a text message from one of my friends placed on lockdown who works on campus. After confirming he was ok, he said, “Looks like the anti-gun arguments are going to come out in full force again. Until people get distracted by Kim Kardashian’s ass.” Although humorous, this statement could not be more accurate. The gun control debate will rear its head and society will be forced to choose a side once again. 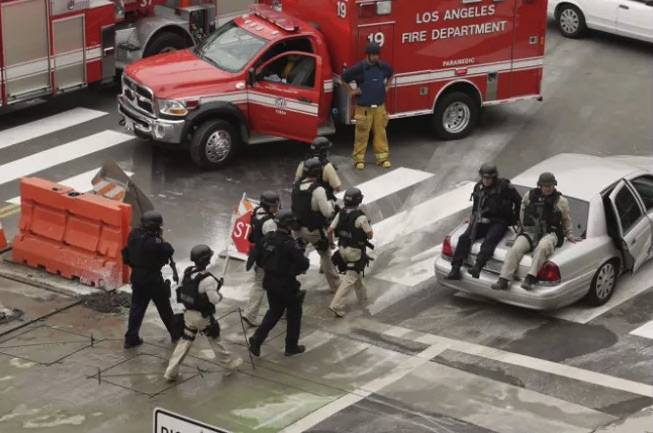 However, in a state like California, what more can realistically be done? California has some of the most restrictive gun control laws in the United States. In almost every gun control debate, pro-gun control advocates will argue for a few core laws, including universal background checks, eliminating the gun control loophole, registration of firearms, safety tests, magazine capacity limits, and “assault weapon” bans. These arguments have no foundation in a gun control debate in California. This is because California law already regulates everything listed above, and then some.

In fact, it is difficult to suggest a gun control law that California does not have. To summarize, California’s sweeping gun control regulates the following:

This list does not cover half of the firearms restrictions that exist in California which include, but are not limited to the regulation of ammunition, concealed carrying, destructive devices, generally prohibited weapons, age requirements, and gun safety requirements. So, what more can even be done?

The answer is not more gun control laws. One additional law, or even a thousand more laws, will not stop a criminal from committing a crime. Clearly, California’s heavy restrictions were not enough to stop the shooting at UCLA, or the terrorist attack in San Bernardino, or the Isla Vista shooting. These crimes were committed in the state with the most restrictive gun control laws in the United States.

It is often said there are four or five objectives of criminal laws: (1) retribution – or revenge to punish the criminal; (2) deterrence – providing a sufficient penalty for breaking the law to deter someone from actually committing the crime; (3) incapacitation – to separate the criminals from the rest of society; (4) rehabilitation – to transform the criminal into a law-abiding member of society; and (5) restoration – to repair the injury placed on the victim. The gun control laws that are implemented are largely in place to deter criminal behavior. Gun Control laws do little for retribution, rehabilitation, restoration, and even incapacitation as many state and federal firearms crimes have low conviction rates and do not result in sufficiently long incarceration.

Therefore, if the main goal for these gun control laws is to deter criminal behavior, California’s laws have failed miserably. The reality is that laws based solely on deterrence have little affect when it comes to preventing crime. Further, when discussing these school or mass shootings, there is no actual deterrent effect on these shooters, because many of these shooters have every intention of being killed during the crime. Thus, although arguably implemented to stop criminals, these gun control laws do very little but limit the rights of law-abiding gun owners.

Whether the UCLA shooter purchased his gun legally or illegally, the simple fact is that California’s massive amount of gun control did not stop him from committing murder. It is a simple fact of reality, no matter what the law, breaking it is easy.  Laws are broken every day by nearly everyone in the United States (both intentionally and unintentionally). How will adding one more additional law stop anything? Truthfully, it will not. The focus should be placed on what are the causes of crimes in general, not adding more laws that will create new classes of criminals.