Even though the Department of Justice attempted to keep the public from seeing the newly proposed assault weapon regulations, the Firearms Policy Coalition was able to obtain and publish the regulations so that California gun owners can see how the new laws will affect them.

Take a look at our "DOJ Proposed Regulations Quick Reference Guide" for assistance in understanding these new regulations.

Note: The following reference guide was published May 25, 2017 and contains some information that is outdated.  An updated guide will be provided shortly. 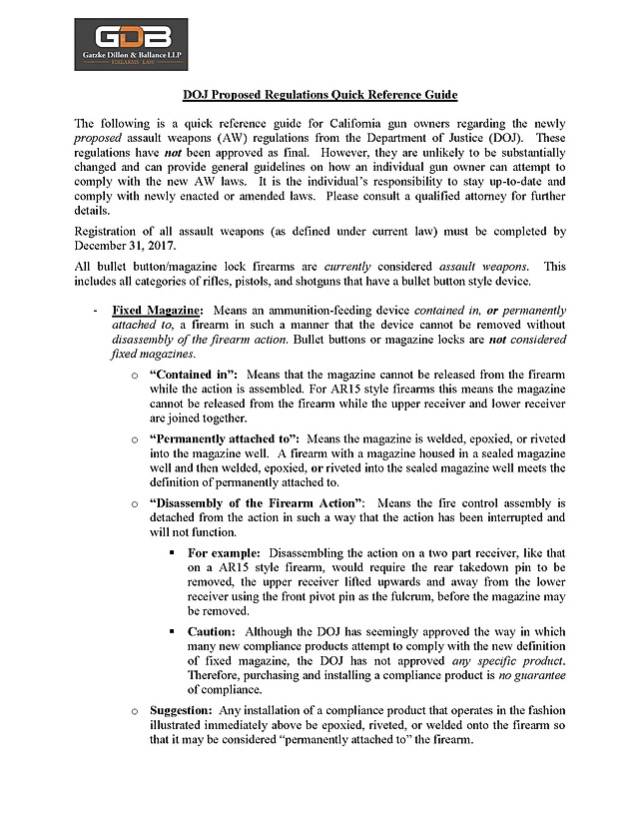 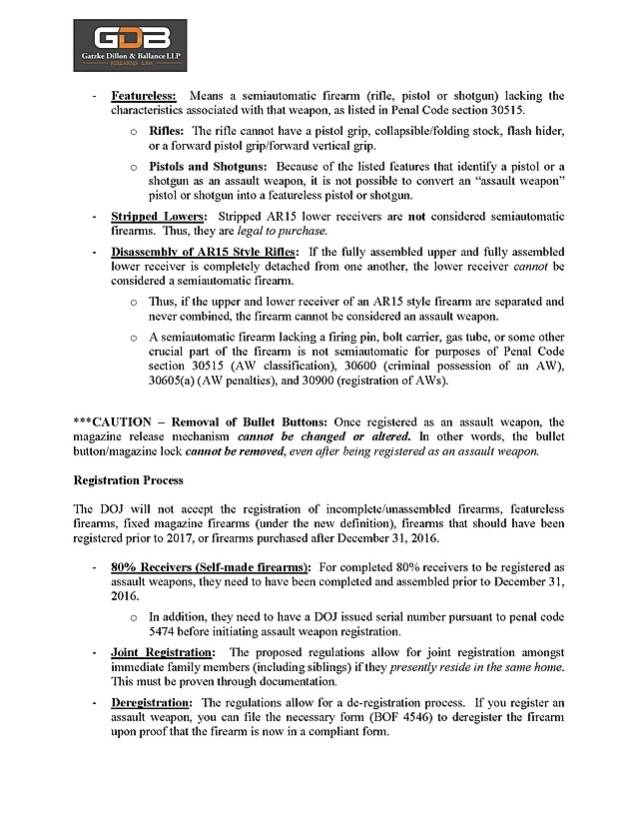 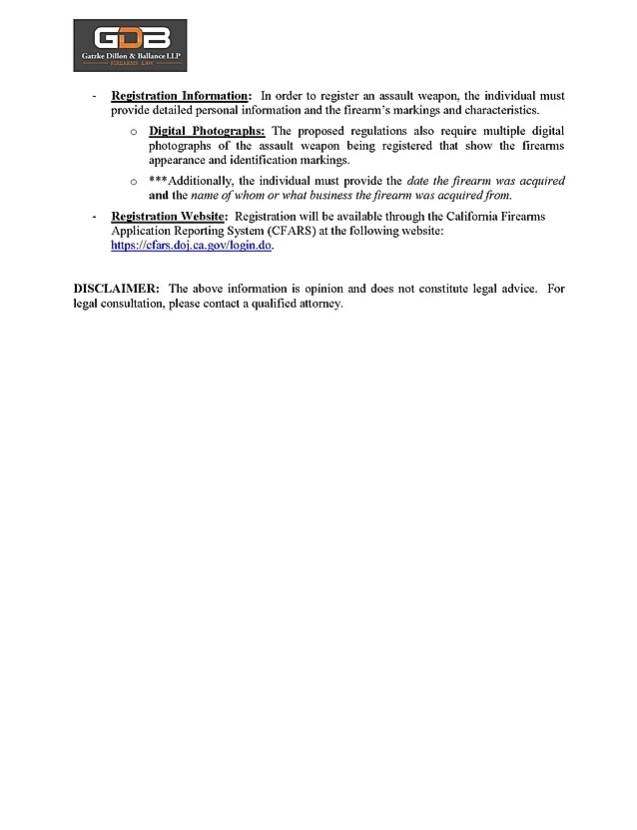