Judged by Twelve Rather Than Carried by Six - A Flawed Mentality

I encourage all law abiding adults to purchase whatever arm they choose, for whatever lawful purpose they have.

Whether you are white, black, brown, purple, green, I could care less.

The day after the Uvalde shooting, a women w/ a pistol shot & killed a shooter w/ an AR15 and stopped a mass shooting.

As if anyone needed even more proof that @JustinTrudeau is a tyrant twitter.com/gunpolicy/stat… 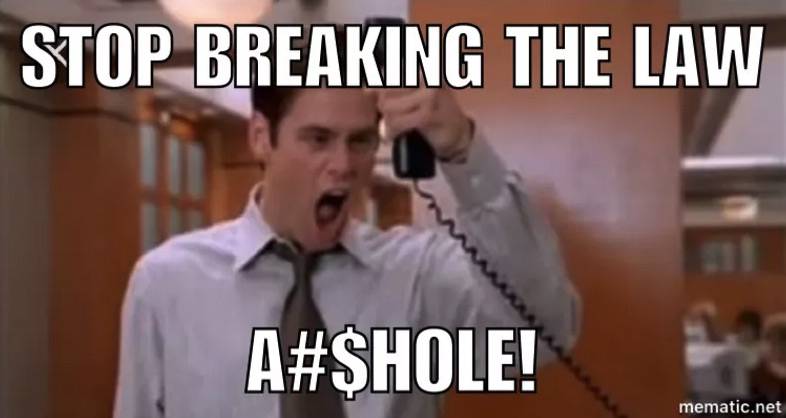 This movie line comes to mind while working as a lawyer, but more recently, the line has much more serious implications. The Wall Street Journal (Dec. 12, 2015) reports that authorities “across the country are getting a flood of applications to carry concealed weapons in the wake of the mass shooting in San Bernardino, California, especially in locations near sites of recent mass shootings.” Further, the Journal reports that the “spike” in concealed-carry weapons (CCW) permit applications “is most pronounced in California,” with the San Bernardino Sheriff’s Office reporting the receipt of “about 80 applications” for CCW applications “by early this week, compared with the 10 or 12 they might get in a typical week,” and applications are up in numerous “neighboring counties in California, including Riverside, Kern, Imperial and San Diego.”

The surge in CCW applications is likely driven by the desire for personal safety. Many applicants also include those who have owned a gun for some time, but now want the ability to carry it legally on the street. The problem, however, is that people generally must meet more stringent requirements beyond what is required for the purchase of a gun. As explained below, these requirements can be frustrating and onerous, leading some to conclude they will just “carry” without getting the required permit. This article explores the consequences of such a decision. In the end, it is better not to break the law, but rather follow it.

Here in California, the task of obtaining a CCW permit is dramatically different from county-to-county. Many shooters and gun owners in California know that California is a “May Issue” state. This means that if an applicant passes all the interviews, background check, and completes the firearms training, law enforcement can still deny the applicant a CCW permit because the applicant has not shown “good cause” for the permit. In some counties such as Kern County, the applicant can identify “self-defense” as “good cause” to obtain a permit; but in San Diego, the “self-defense” showing is insufficient – unless there are documented continuing threats to personal safety or a business owner who handles large sums of cash.

In today’s climate regarding guns, self-defense, terrorism, and mass shootings, San Diego’s “good cause” requirements prevent many law-abiding citizens from legally carrying a concealed firearm. Let’s face it, how many of us have a constant threat on our lives? Thus, more and more, I am asked the question:

“If I carry my firearm concealed without a permit (illegally carrying), what consequences am I looking at if I ever get caught or I have to use my gun in self-defense?”

The answer seems simple, but it is far from it. At first glance, the answer is the person will likely be convicted of a misdemeanor, but the consequences can be much more.

According to California Penal Code, § 25400(a), unless an exemption applies, a person can be found guilty of carrying a concealed handgun if the person knowingly does any of the following:

This law applies whether the handgun is loaded or unloaded, when the handgun is hidden from view, or partially hidden from view. If caught carrying a concealed handgun without a permit, as stated, the person willordinarily be charged as a misdemeanor. However, the person also can be charged with a “wobbler” (i.e., meaning the charge can be a misdemeanor or felony), or a felony if the person has been previously convicted of a felony or certain firearm-related crimes; the “carried” handgun was stolen or the person had reason to believe it was stolen; the person is an active participant in a criminal street gang; the person is not in “lawful possession” of the handgun or is generally prohibited from possessing firearms; or the person has been convicted of a crime against person or property or of a narcotic or dangerous drug violation. (Penal Code, § 25400(c) (1-5).)

Therefore, if any of these situations apply, a simple misdemeanor can turn into a felony charge very quickly. Also, the above list is not exhaustive. There are any number of other charges that can be added if a person is caught carrying concealed without a permit. If the handgun the person is carrying was purchased before California started registering handgun purchases and it is loaded, the person may be facing two additional charges of unlawful possession of a handgun and illegally carrying a loaded handgun. If you presented your firearm (such as drawing your weapon in self-defense) you could be charged with brandishing a weapon. These charges, added together, can easily make a misdemeanor into a full-fledged felony.

These days, there are so many laws on the books, it is fairly easy to add additional charges to any situation. Many people have experienced a simple form of this setting when they back talk to a police officer during a routine traffic stop. What started out as a simple warning for speeding, turns into a speeding ticket, a ticket for having window tint on your front windows, a registration ticket, and any number of other traffic violations. As I have explained the risks to clients, I sometimes get this response:

“It’s better to be judged by twelve, than carried by six.”

There is no doubt a concealed gun can give someone “a fighting chance,” if properly trained. But, without a CCW permit, the consequences may be confinement in prison, which may be better than death, but arguing between these two outcomes is pointless. However, even if someone is willing to be convicted of either a misdemeanor or felony and spend time in jail, there are additional consequences that are overlooked. For those of you who are recreational shooters or collectors, a long list of misdemeanors and any felony conviction can result in the person being barred from possessing a firearm anywhere from ten years to a ban for life. So, if you are convicted, say goodbye to that gun collection. And for those purely interested in self-defense, it is going to be difficult to defend yourself – if the person has a conviction that comes with a prohibition on possessing firearms.

For example, in a true self-defense situation, where an individual has a reasonable belief that their life is in imminent danger, using an illegally concealed handgun will not negate the self-defense justification in court. However, this is in a perfect self-defense scenario. A prosecutor could use the fact that you were illegally carrying to attack your credibility. Even if you are justified in your use of a gun in self-defense, this would only acquit you of murder or manslaughter charges (if you killed the attacker). The prosecution could still file any of the charges that are discussed above in this article.

In the end, it is your choice to follow the law or not. I will never recommend that someone break the law. If there are distasteful gun-related laws, people can vote for the right people, or they can take certain issues to court – if those laws are unlawful and worth challenging. But, breaking the law is not the answer. However, if a person chooses to illegally carry concealed, they will now know the consequences of their choices.

[The information contained in this transmission does not constitute a legal opinion and should not be relied upon as legal advice.]